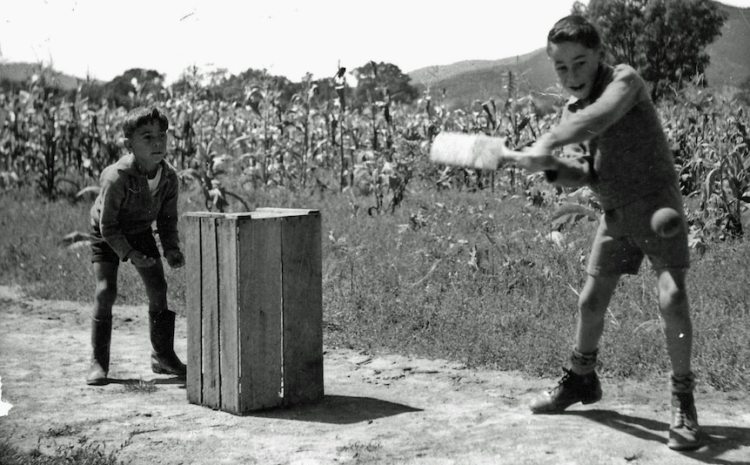 *This article was first published by ABC Goulburn Murray by Anne Brown on Saturday 15th May, 2021

Almost 300 kilometres north-east of Melbourne is the chilly mountain town of Myrtleford on the Great Alpine Road.

As you arrive you might notice the fields of wine grapes, old tobacco kilns, people having coffee in the piazza and Mount Buffalo lurking in the background.

Myrtleford is home to around 3,000 people and one in seven are of Italian descent.

The story of how Italians first came to the area goes back more than 150 years.

Many chose to settle in Myrtleford because of the fertile soil, the established community and the landscape reminding them of home on the other side of the world.

This weekend, the town celebrates its Italian heritage with the annual cultural festival La Fiera.

However, life was not always easy for local Italians. Many arrived unable to speak English separated from family and were forced to work gruelling agricultural jobs.

The stories of the first migrants features in a new book, For A Better Life, which will be launched at the festival.

Chris McCracken and Roy Ward are two of its three authors who worked with interviews taken from 30 families that migrated to the area.

“We thought we would end up with a pamphlet, but the stories kept coming and we ended up with this book,” Ms McCracken said.

Looking for a better life

The first Italians in the Ovens Valley arrived during the gold rush era.

In 1864, 18-year-old Battista De Piazza travelled to Melbourne by ship in search of a better life. He had fled his hometown in northern Italy which at the time was emerging from civil war.

“They actually settled in Mudgegonga but also interacted with Myrtleford because we had a butter factory, so they would come and sell their butter and cream,” Ms McCracken said.

More migrants, like Santo Bianco, arrived in the 1920s following World War I.

Bianco arrived in Melbourne in 1925. Six years later, he had saved enough money to bring his wife Santa and their two children to Australia.

The family moved to Markwood as share farmers on a tobacco farm, working long hours with the help of the children.

Ms McCracken said the biggest wave of migrants to the area came post-WWII around 1947; many came through the Bonegilla migrant reception and training centre.

“It wasn’t the most comfortable experience, and many of their memories are of the Australian cooking and receiving mutton.”

As the population grew, the Italians started to influence the social events of the town.

“They were more interested in dancing,” Mr Ward said.

“They used to hold dances in the old tobacco kilns, and there was a cinema — every Saturday night they showed Italian films.

“They had many clubs and groups as well, and eventually all the separate groups morphed into the Savoy Club, which started out as a place for Italian people to meet but now is for anyone in Myrtleford.”

Most authentic Italian festival in Australia

John Costenaro was born in Italy but grew up in Myrtleford.

He is the third generation since his grandparents migrated to the town and now one of the organisers of La Fiera, a festival he proudly claims to be the “most authentic Italian festival in Australia”.

“What makes it so authentic is the food – it’s made by the real nonnies in their kitchens.

“Lots of people from Melbourne are often so amazed with our festival; they are missing the link to their heritage and they realise that the culture is slipping by.”

La Fiera is now in its 13th year and is famous for fungi forages and a living chess match — a tradition dating back to 1454 in Marostica, Italy (Mr Costenaro’s place of birth).

“In Myrtleford we actually have a permanent chess board in the concrete at the piazza,” he said.

“I’m pretty sure we are the only place outside Marostica that has this event.”

Carrying on the culture

Both sides of Mr Costenaro’s family come from post-war migration to the Myrtleford area. His his mother’s side came in the 1920s; his father’s in the 1950s.

“There are some real sad stories and people had it really hard,” he said.

“My grandfather was a military policeman in Venice, and he went from that to being a coal miner in Wonthaggi and eventually a tobacco farmer in Myrtleford.”

Mr Costenaro said it was important to tell the story of migration as the town now is up to its third and fourth generations.

“The grandparents are passing away and fading into history, and a lot of the cultural aspects of Italian culture and the migration story are falling away.”

This year the festival continues its young ambassador scheme to encourage the involvement of the younger generations.

“We took on these ambassadors to nurture them and to become leaders in our community and perhaps one day can take my job away from me,” Mr Costenaro said.

La Fiera returns after being cancelled last year due to the pandemic. The festival usually attracts more than 4,000 visitors, however events this year are ticketed with numbers capped.